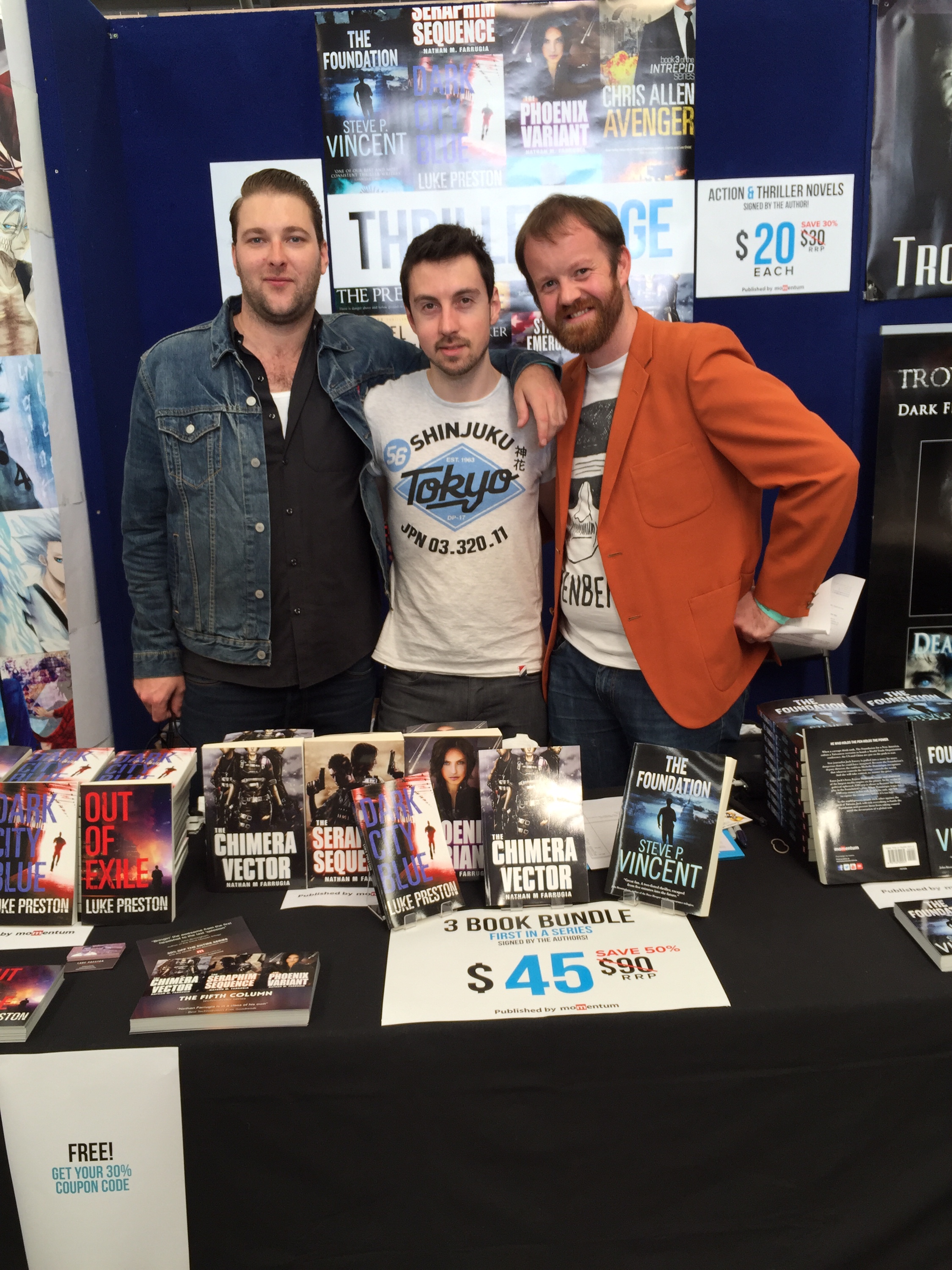 Had a great weekend at Supanova Melbourne, manning the ThrillerEdge table with fellow word chuckers Luke Preston and Nathan M Farrugia. This was my first experience of Supanova and sitting behind the table and watching the cosplay was a blast. We had to get a few photos. My three votes for best costume went to the Ghostbuster pictured below, followed by Barf from Spaceballs and a seething Carl from Walking Dead. 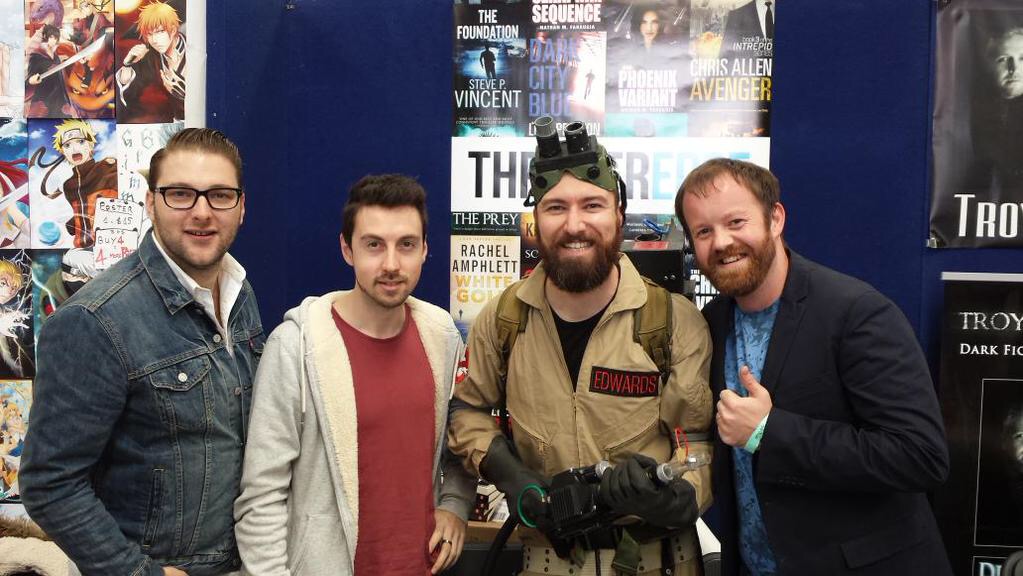 We sold and signed some books, met some existing fans and hopefully made a few new ones. It was awesome to meet and chat with so many prolific readers and, in particular, we met a couple of women who seemed intent on buying every book at the convention – one whose bag broke under the weight (pictured below) and one who had to post the books to herself to get them home to Sydney! Their to read piles must be immense.

Finally, the three of us also spoke as part of the ‘ThrillSeekers’ panel, sharing war stories about stupid situations we’ve stumbled into and how they influence our writing. Thanks to Chris for being a superb moderator and to everyone who came along to listen and ask questions, it was a lot of fun. Thanks also to Ineke at Supanova for having us.

Lastly, it was great to meet some of the other authors present, including Colin Taber, Troy Barnes and JOHN FRICKIN’ SCALZI!

Will be back next year for sure.